In late 2019, Allvision was chosen to participate in the 5th Cohort of PGH Lab, a program that brings local entrepreneurs to beta test products and services in local government for 3–4 months. As part of PGH Lab, Allvision will help locate and map a portion of the City’s 60,000 streetlights using autonomous vehicle technology in three key areas of the city, including the North Shore, South Side, and Downtown. The article below was originally published as part of the PGH Lab Medium series. For the original article, click here, and stay tuned for additional blog posts from Allvision’s PGH Lab participation. 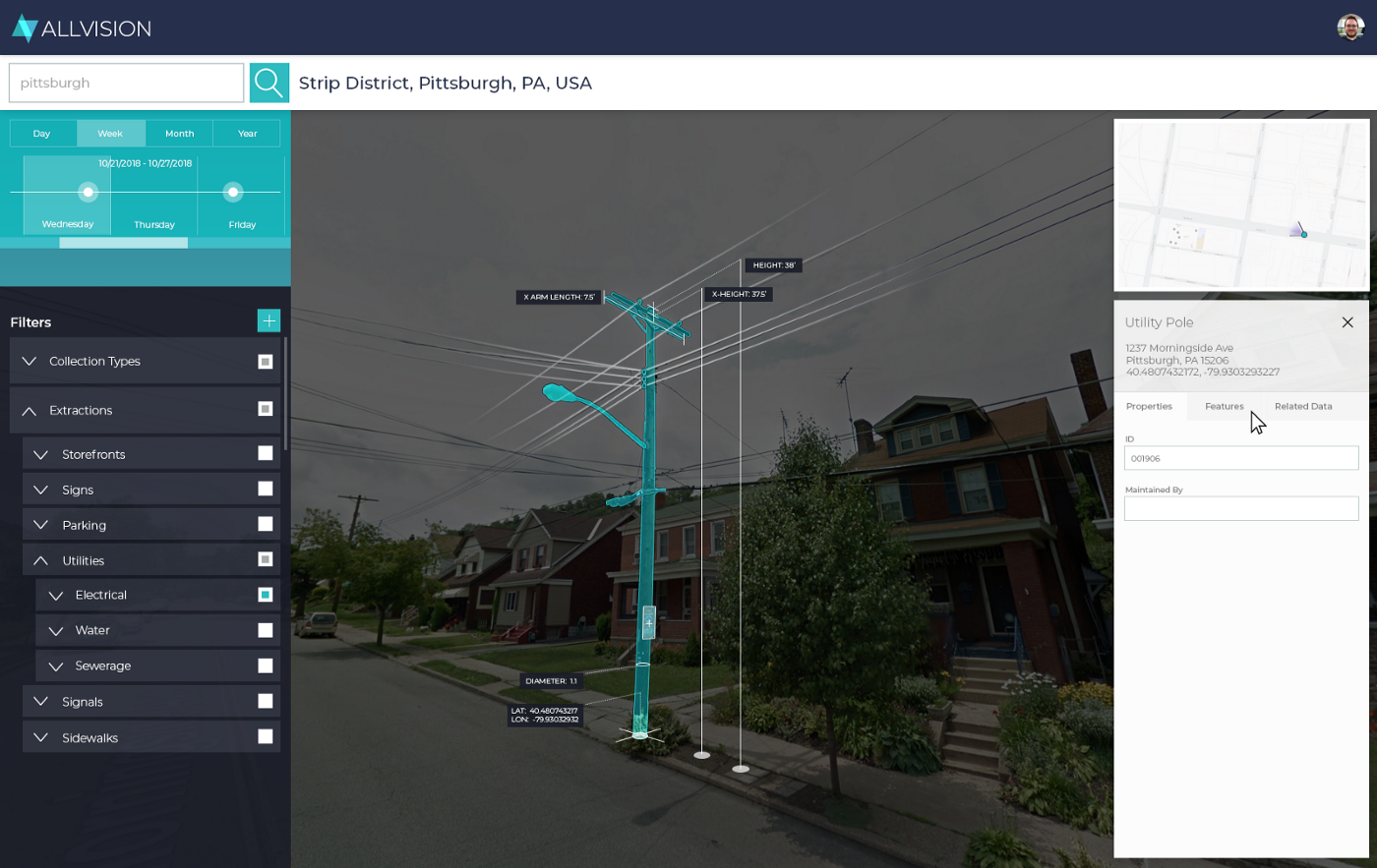 The term grew in popularity in 2002 with Dr. Michael Grieves, a pioneer of product life cycle management — he originally called it a doppelganger — but the concept goes even farther back in time. In 1970, NASA engineers had a digital twin model of Apollo 13 on Earth, which proved useful when an oxygen tank exploded on the spacecraft. The digital twin allowed engineers to test possible solutions from 200,000 miles away, and ultimately saved the lives of its crew, returning them home safely. The rescue mission succeeded and eventually served as the basis of a movie (Apollo 13) starring Tom Hanks.

Creating Pittsburgh’s Digital Twin
As part of PGH Lab’s fifth cohort, Allvision is helping the City of Pittsburgh create a digital map of its street lights, starting with three neighborhoods: the North Shore, South Side, and Downtown. Deploying LIDAR — the same technology affixed to the roof of autonomous vehicles — and using GPS, we are rendering a digital twin of the exact location of these assets. The hope is this detailed asset information will help the City of Pittsburgh manage the maintenance, upkeep, and eventually better monitor the 5G telecom leasing structure around the street lights. 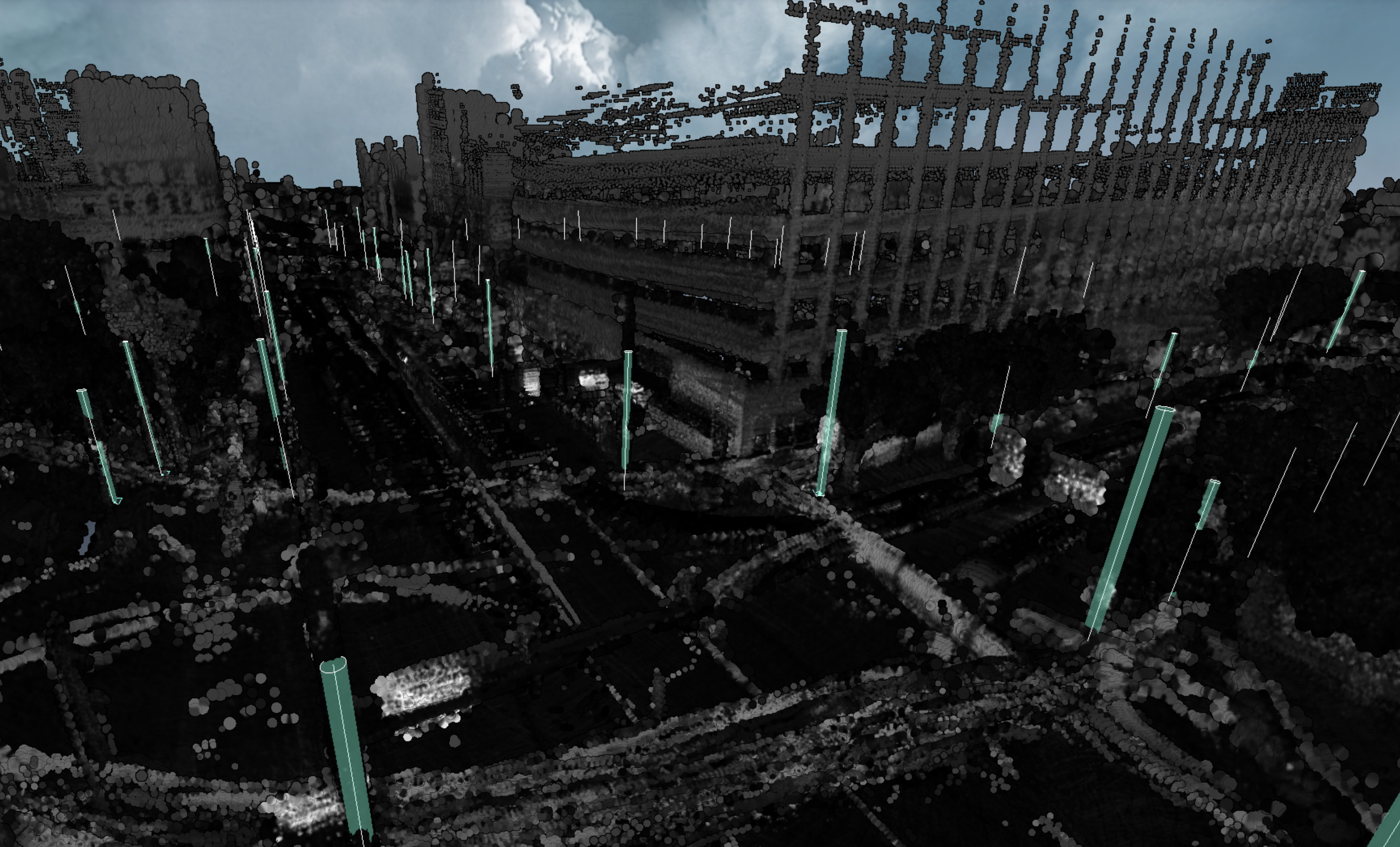 In addition to GPS coordinates, our team is also trying to provide information such as the height of each pole and the material type. No two street lights in Pittsburgh are the same. Some are made of wood, others metal. The value to catalog this asset information is immense and bolsters the PGH Lab innovation platform. The alternative is inputting the information manually, which makes little economic sense.

The Public Benefit
The advantage of a digital twin for Pittsburgh is the insight created through simulations or tests on the digital recreation of a city, building, or infrastructure without affecting the entity itself. Digital twins save time and money while improving efficiencies; they identify problems before they arise in the real world and could even help save lives, as we learned in the example of NASA.
Tests cases will only continue to increase over time. As data accumulates through the advent of ubiquitous sensors, digital twins will morph into beautifully complex, dynamic systems, providing enough insight to produce outcomes we strive for in our cities. For Pittsburgh, this means adhering to the city’s 4P principles: People, Planet, Place, Performance. But you have to start with asset management. Knowing the GPS location of your assets such as streetlights is the first step to building a robust digital twin. We look forward to sharing the results of our pilot at the PGH Lab showcase on April 2!